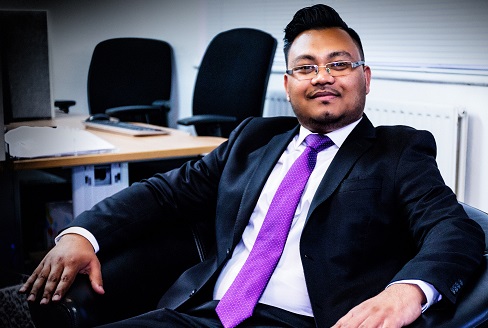 About Taj Accountants- The Specialist Small Business Accountants in London:

We are an accounting practice firm of British Bangladeshi origin in London, the United Kingdom. At Taj Accountants, we deeply comprehend that small businesses need more than just tax return filing services. Our belief is, and will always remain, to deliver excellence and convenience to our clients regardless of the services we provide. Our organization intends to pave a smooth and progressive financial road for the companies that work with us. We take into account every little detail while making the most profitable decisions for our clients. The very origin of Taj Accountants is based on brilliance. And to enlighten our honorable readers on the matter, we would like to introduce the man behind Taj Accountants.

When it comes to a company, the monetary aspect seems to overshadow the essence of its being but in the case of a vision, the determination remains predominant. Same is with Taj Accountants, Mr. Abul Nurujjaman is the managing director of Taj Accountants, an accountant with an exceptional academic background underpinned by a comprehensive skill-set and experiences. It is because of his dedication that today Taj Accountants is a flagship and multi-award winning company.

He was accredited the Licensed Member of the Year 2017 award from AAT. He was also featured on the cover of AAT Magazine as a success story after winning the prestigious award from AAT. Taj Accountants has also received the Best Small Business Accountants Award from the renowned Sunrise (Spectrum) Bangla radio station on their 23rd Anniversary.

Mr. Nurujjaman has also been given a special award Community Activist 2016- 17 in recognition of his service to the community and his contributions to community activities. The award was conferred on him by the Mayor of Brent Council, Cllr Mr. Parvez Ahmed, on Wednesday, 22nd March 2017 in a short formal ceremony in the Mayor's parlour.

Mr. Nurujjaman is one of the youngest directors in the British Bangladesh Chamber of Commerce and Industry. His current (2016-17) portfolio is the director of International Affairs.

Besides his professional achievements, Abul works closely with many charities and has been recognized nationally and internationally for his charitable activities. In 2016, Mr. Nurujjaman and his team raised more than 60,000(GBP) for Syrian refugees as part of the Human Relief Foundation appeal. As part of the challenge to raise funds, he trekked more than 90 km along the Great Wall of China. He has been invited to the most prestigious TV shows for interviews and has also been featured in the top magazines and newspapers such as the Daily Star, and The Huffington Post for his impeccable knowledge in the taxation and accounting business.

With such an astounding expertise in the area, Taj Accountants team has managed clients from the UK and outside of the UK (subsidiaries of foreign companies). Not only that Taj Accountants provides taxation and accounts services, the company also delivers consultancy for starting up new small businesses. Our seasoned tax experts remain ahead of the newest trends and advise the clients accordingly. Our expert team uses technological innovations to provide an even better experience for our clients. They make sure that the clients always stay well informed and well advised on the financial matters of their company. They provide unconditional support to every company that we work with.

How does it work with Taj Accountants London?

For all the above mentioned, we ensure that your accounts will be accurate and updated on time. We provide you with feedback regarding how well you are doing, advice to improve the progress of your business as well as the working of your business.

Why should you choose Taj Accountants in East London?

As a confident team of qualified accountants we offer you quality accounting with a friendly customer service helping you save time and money in the process.